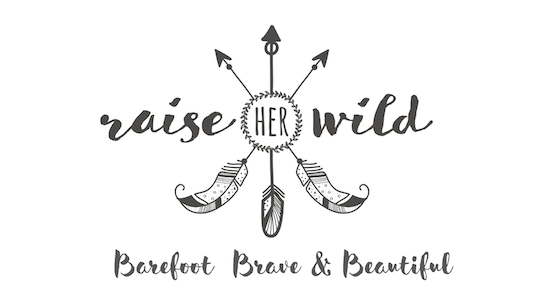 We pull into the drop off line at the elementary school, and I turn in the driver’s seat to kiss her goodbye when I see it. A string of orange slime tangled in her eyebrow. I take a deep breath as I lick my thumb and run it across her brow. (Admit it… you’ve done it too!)

“Ew, Mom, stop!” she squeals as I try to scrape the residue out of her hair as quickly as possible. She jumps out of the car with exclamations of how gross spit is. While I want to argue that a smear of Mom-saliva is nothing next to a slime-strewn child, I know it’s one of those battles I need to choose wisely. Slime is Life to that girl at the moment.

I go home, walk in the bathroom, and curse as my hand meets the crusted chrome of my faucet. Dried orange flakes crumble off in my fingertips. Damn it!

She promised to clean up after herself.

From the hamper, I pluck out a decorative towel, crumpled into a ball. I pull it apart and feel the tell-tale crunch of dried glue. This will take some serious hot water soaking. But, I think to myself with a cleansing breath, she did try to clean up after herself.

I walk into her room to collect more laundry and notice an orange puddle beneath her desk. A Tupperware sits on its side, lid haphazardly placed as the mixture of glue, shaving cream, and eye contact solution oozes over the side of her workspace like a waterfall of hair-pulling frustration.

She’s banned from making slime for a week. For a month. FOREVER!

Even as I lay a hot towel over the incriminating puddle and scrub furiously, I know I won’t stick my guns and outlaw the Godforsaken goo.

For the past six months, I’ve gone to the grocery store with my list of necessities only to open it up as I walk down the aisles and notice her scrawling requests for shaving cream, food coloring, and Elmer’s glue.

This is one of those kid’s fads that drives us crazy. Remember a few years ago finding tiny elastics in every corner of the couch? Remember the eye-ticking sound of plastic bottles thudding off every surface of the house? Remember rushing past every fidget-spinner-decorated endcap, hoping to dodge a fight to buy just one more whirling waste of money?

Slime is just another one of those. But this one, while it’s undoubtedly the messiest, has actually been my favorite.

When she dips her little hands into the concoction of odd household ingredients and comes up with a unified mass of maddening mess, I still feel my heart swell. She’s learning. It’s a disaster. But she’s learning.

She’s a little scientist, toying with the way that one element reacts to another. Realizing that adding a little more of that and a little less of this will change the entire dynamic of matter.  She’s doing this on her own. Learning and loving it.

Now, I won’t lie. I’m a little selfish in this because that slime can keep her occupied for hours. That’s hours less of screen time. Hours less of, ‘I’m bored.’ And during the cold months, I have to be thankful for anything that keeps her busy.

To you moms who have outlawed slime, I salute you. I get it. I don’t want to spend hours scrubbing it from my couches either.

But for me, I embrace the Wild mess. After all, as an artist, I’m one of the biggest mess-makers in the house. And if I can keep an ounce of hope that maybe this mad science of slime making is molding a future chemist, I’ll keep my shelves stocked with the ingredients she requests. I’ll oooh at her combination of colors. I’ll ahh at her giant bubbles. I’ll even marvel at her ability to clean up the slime with… well, slime.

This Wild Child is learning about action and reaction. Something we take for granted at times. It’s small, it’s simple, but it’s elemental. Cause and effect. I have to hope that she will carry that practice through her life. The realization that the art of molding everyday ingredients into something special lays within her little hands.

View all posts by raiseherwild